How to end a year of testing new waters and throwing us at so many new challenges; that it feels equally alike that time has stand still and passed at the speed of light…?

Gather your family, friends and add a bunch of exciting guests at a rented track… and just have fun!

This weekend we’ll hold the second annual Superior Meet and yet again it will be a closed affair limited to our invited friends and supporters.

We like to do things the other way around, letting the world and critical masses know what we are up to. But this time we felt we needed a little peace and quiet from that, and to also show how much we care about the loyal friends of Superior who stick by us well outside just the confines of ”E-friendship”.

So for this occasion, there are a few things we would like you to know; as all of this will be captured by some of the best photographers and filmmakers we have in our small little empire.

Drifting it out – Superior style: 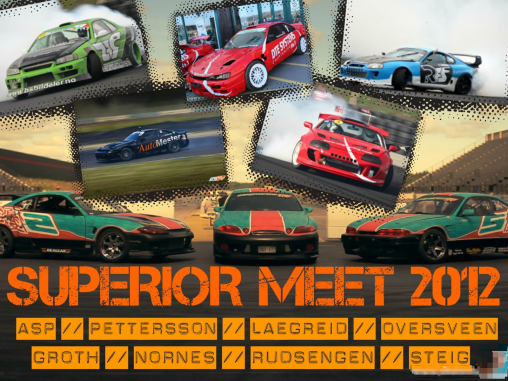 As you can see, the handful of guests that will be on location apart from our own SUPERIOR DRIFT are all some of our personal favorites from the GATEBIL circus.

Being a personal ”favorite” there has more to do then just the ability to create smoke and control your car while in reckless motion. Its more of a character trait, and that being said- there are so many more we would have liked to have there as we have a lot of love for Norwegian drifters but… Alvin, Öivind, Kenneth & co were the ones who jumped on the idea of a meet like this. And thats how it ended up basically.

Nope! Just a day or so ago, we got some more company as they got wind of our closed meet. So we will now be almost two handful of madmen at the track: 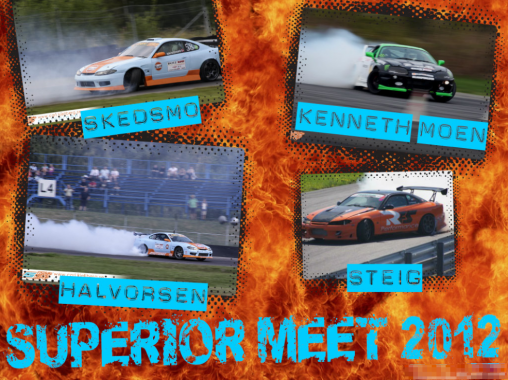 (BTW, dont you just love a cheese banner like this? We would definitely not call this ”Selected” work of ours. But all this came as a surprise for us so… lets just forget about it!)

Ah indeed, more great drifter with a strong focus of 2JZ-powered round of cars. Why not!

The main mission is to shoot a Battle Royale and have lots of fun. After that… We’ll just see what happens. When David Johansson is teaming up with Daniel Hovdahl, we know we shall be in for a treat video-wise during winter!

We’ll also host a dozen or two of our friends and members of the sleepy Superior Drivers Club who will get the opportunity to drive the final drops of adrenaline from their bodies on the rented track for several sessions.

Among those coming, although we urged people just to even bring their ”daily drivers” is Tony Wenngren in his awesome Time Attack RX-7 we at Superior built many years ago. Still runing strong as a  rotary-powered beast: 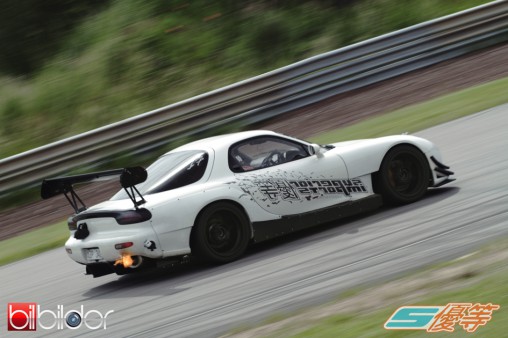 (Martin Fördal Persson is coming to photograph for us, and make sure the guests leave with at least one damn nice pic of their cars.)

We really hope for some enjoyable driving out there, and will keep our lips sealed on what else might show up. 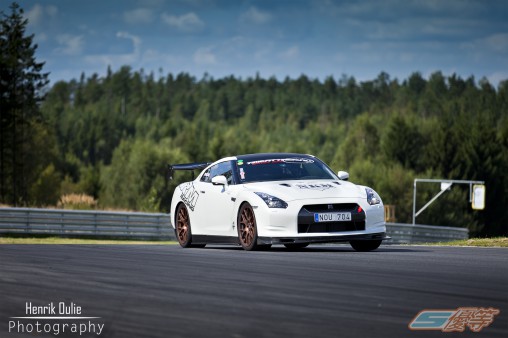 (… three guys that will come and not making a fuzz about it are Erik Karlén, Victor Lennman and Daniel Wembo of NKM Motor. Will be fun to see what Wembos other car from the GT-R looks like… Porsche 996 GT3!)

Its all about the family… and quality of lifestyle pics:

(Rani shot Alvin Laegreids Supra earlier during Gatebil Mantorp, and now it has more power then ever in time for this Meet. Expect many cool pics!) 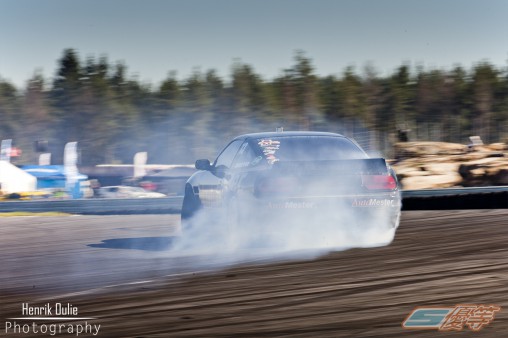 (Henrik Oulie is a close buddy of one of the premier drifters invited; ”The Drifter in black” Kenneth Groth.)

The evening will be a wild affair too, as over 40 persons have decided to invade a poor little camping village where we’ll hold our ”Viking style Barbecue/Aftertrack”. Should be fun!

If anyone somehow felt left out from our process of invites, dont be shy to send us en E-mail with contact details. It is possible to make anyone enthusiastic about what we do a part of the guest list… info@superiorimports.se

We have a long list of ”shout outs” for those who have supported us (among many) to be able to have this meet despite any dedicated budget and limited time planning it. You know who you are… Thanks!