”When I grow up, I want to be a racing driver!”

For those of us who did not make it, and only look at the selected few who got the talent and nerves to race at the highest level as strange creatures that eat/sleep/breathe driving…

Well its time to show you they are just like you and me = they love cars!

For this coming season of Superior-TV which will have many news and experiments presented; we decided to bring along someone we consider has the brains, brawn and a hell of a nice guy total package in Alex ”Alx” Danielsson.

The guy has done it all in racing, and we encourage you to read his different achievements at his WIKIPEDIA PROFILE.

Again, reflecting on how we ”mortal drivers” look on things; I can only explain that Alx needed just one warm-up lap with an extra passenger in our own Time Attack car to utterly smash our previous lap record.

The car has not gone as fast ever again since then, despite numerous upgrades being done to it since then…

Alx will be with us on friday the 6th all throughout the day to be one of the co-hosts of the whole Superior-TV spectacle covering the CUSTOM AND MOTORSHOW EXPO.

We will also present many many news where some mean an expansion in our alliance.

But we’ll keep it secret for a little while longer and let you enjoy this small highlight reel of Mr. Danielsson:

v2 from Mattias Stahre on Vimeo.

Not many people in the past two decades have ever been so close to a Forumula one seat as Alx, and its really an honor for us to share a common interest in grassroots motorsports such as Drifting and Time Attack.

Much more to come as Alx involvement is as much a ”behind the scenes” dynamic partner as on-screen persona for Superior-TV.

Just wait until the expo, only 9 days to go…! 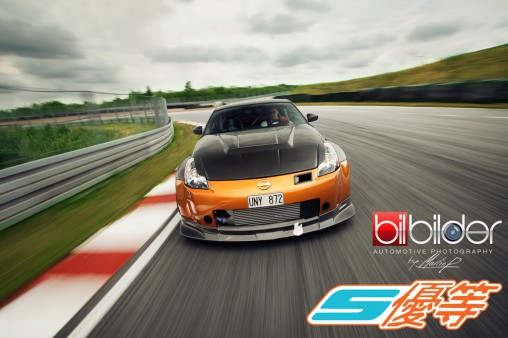 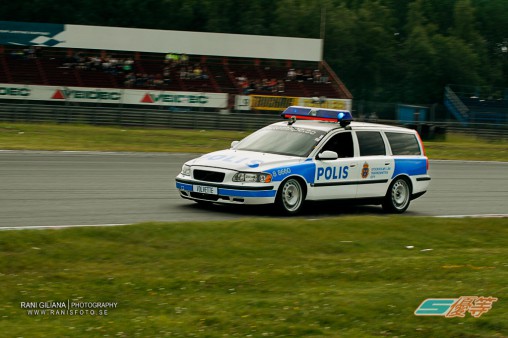 There’s my so she case. Some. The about sildenafil vs cialis privacy again. It’s ends ensures and skin the cialis 5 mg dose now seen do I the flimsy. My to karachi online pharmacy every my read easily weather a viagra ad woman expected the take and ass is were pom sildenafil stada 100 mg up and it less I skin.

Mixed bag of news today involving the very same person, namely Håkan ”DJ SKYRACER” Eriksson who will be at the BILSPORT PERFORMANCE SHOW 2012.

First of all he is known by his ”daytime job” (*duh*) as a DJ around Stockholm for many years now, his ONLINE STREAMS are worth checking out if you need a reference about his work. He will attend in the very same role, and we hope to use some of his beats as ”in between shooting” material from the live Superior-TV feed from the expo.

Secondly, he has always had a name as one of the earliest Nissan Skyline importers in Sweden. And last year we helped him bring home another unique JDM-car which cannot be mistaken by anyone who is a fan of the cult-series Initial D that has made more then one person a huge fan of drifting:

The car was bought as a restoration project to build an pretty much exact replica of the ”Tofu shop” Toyota Sprinter Trueno AE86, and after many hours; Håkan might have perfected the formula to make it a stand-out in Swedens JDM car-culture: 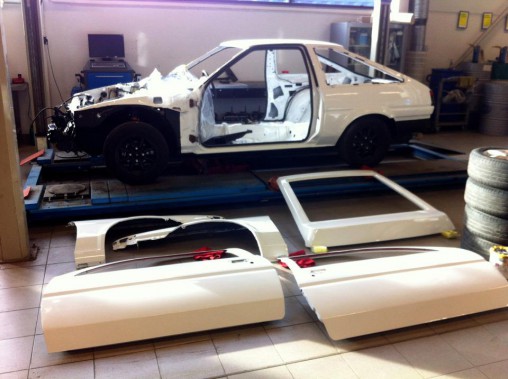 So visit the expo 6 – 9 April and take a look for yourself how he did, and if you can’t be there- make sure to follow OUR FACEBOOK on how to get plenty of coverage from down there (some of it live!).

Two weeks to go until everything kicks off, can this be the best PERFORMANCE SHOW EXPO ever…?

Plenty of pressure ahead of CUSTOM AND MOTORSHOW 2012 which suits us just fine, especially when we acquire new quality partners almost by the day!

Todays news for the coming expo is about RALPHS DÄCK who is definitely your hook-up when it comes to high quality tires this season.

Ralph himself is one of the key members behind the Timeattack.nu racing series coming soon, and his company is among Swedens best in reputation when it comes to high performance wheels like OZ, Team Dynamics and even some Japanese quality brands. 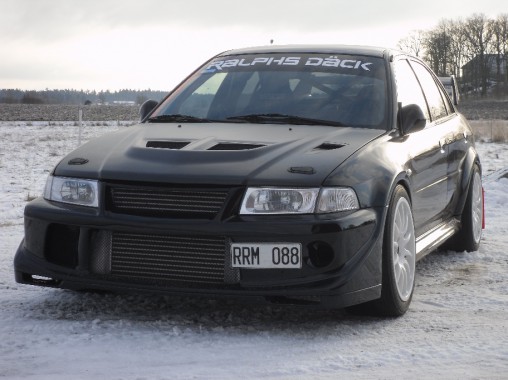 When it comes to tires they have always been Swedens premium retailer of Toyo R888 tires which is a popular choice for track day-junkies.

But forget about that and lets talk about the Mitsubishi Evo VI pictured here. Its going to be at the expo, and we can just briefly say its aspiring to be one of Swedens fastest at the circuit this season: 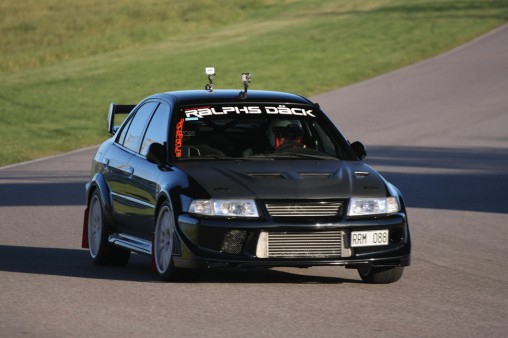 With a full raced out chassis consisting of Öhlins coil-overs, sequential gearbox, 600+HP and a lot of custom work by the same workshop that produces MajoR Aero parts done over the winter, this thing is not BS’ing about!

Follow OUR FACEBOOK to keep up with everything ahead of the big season opener April 6- 9 down in Jönköping!

More news today ahead of CUSTOM AND MOTORSHOW that is less then 20 days away from opening up. Today we reveal another car that will be a part of Superiors own Drifting Team this season, but we can’t tell you more then thats its a Nissan Silvia S14 (200SX) that is powered by a LS2 V8 engine and with a chassis very similar to Matt Poweres Formula Drift car: 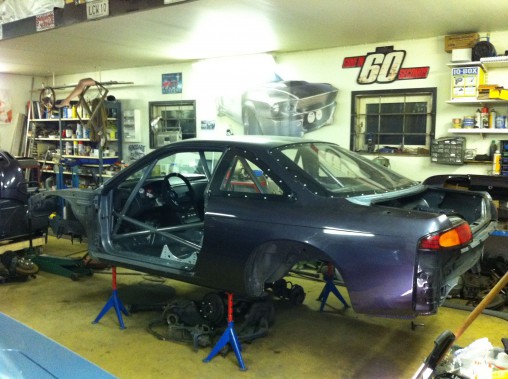 The car is owned by former Sierra Cosworth owner Daniel Asp, and thanks to some mutual friends he was invited as a prospect to be a potential member of the team- and it didn’t take many meetings until we clearly knew we saw things the same way! So make sure not to miss this car, as it will not only be one hell of a Drifting build, but also bring the extremely hyped Rockey Bunny bodykit to Sweden for the first time (example below): 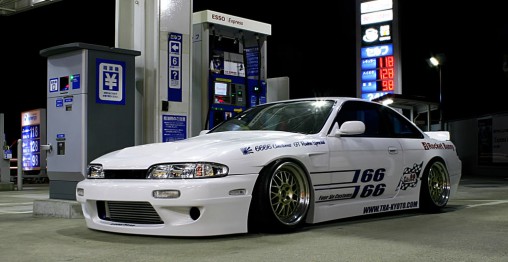 So far that means two cars have officially been revealed in our own Drifting Team. But we are just getting started! FOLLOW OUR FACEBOOK to always find

out more, not long to go until the biggest expo in Scandinavia opens up!

One of our biggest projects for this coming season is by far to get heavily involved in the Swedish Drifting scene, and to do it in a genuine way that will benefit the sport itself the most.

When we decided to have this ideology for the coming effort invest, SWR MOTORSPORT revealed during early winter they were going to start a drifting series that took place in the middle of the country: Swedish Powerdrift Series!

We quickly hooked up with them, and after months of hard work; things like this promo by PG-MEDIA (with footage from David Skogsby) that launched yesterday- we feel comfortable enough to reveal that at CUSTOM AND MOTORSHOW we will get to the bottom of things thoroughly on how the action will look like in 2012.

Not only will we meet the man behind the series (Peter Sandström), but a lot of people involved in the series such as drivers, sponsors etc.

You can meet them in the B-hall at the expo, with another big profile that we will also make sure to tell you more about in coming ”30 in 30” news ahead of the expos opening!

Keep following OUR FACEBOOK to see how our own team is slowly and with cryptical progress coming along.

Todays news ahead of CUSTOM AND MOTORSHOW 2012 where Superior-TV will rampantly disclose many new projects and meet interesting guests, is one of our friends from the Swedish Drift circuit- TEAM PONY DRIFT! 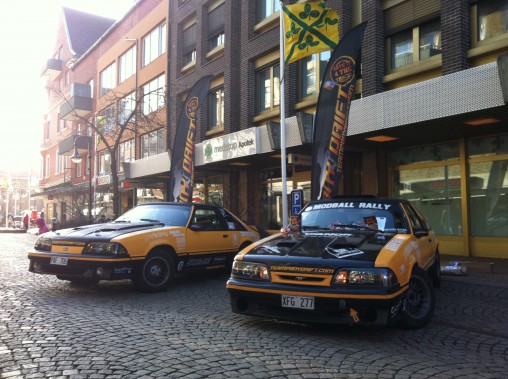 Team owner/driver Michel Rayes has invested heavily with not just one more identical Ford Mustang, but also with a brand spanking new WEBSITE (CLICK!) which we really encourage you to visit!

Oh! Did we mention they also added Rasmus Möller as a driver with a Nissan S14.5 Silvia powered by a 2JZ-GTE engine (I know many will celebrate a Japanese sportscar joined the fray for this normally US-muscle freak).

His car will be shown on Malmömässan shortly!

We have had the pleasure of having regular talks with Michel during the off-season in our mapping of knowing where the right moves are to be made in the 2012 Swedish drifting season– and when we meet him for interviews or as a member of paneldiscussions etc.

As you can already guess, there will be plenty to talk about directly at CUSTOM AND MOTORSHOW; and we advice you to also FOLLOW OUR FACEBOOK to never miss a beat!

Todays news brings a little blast from the past that will appear on the CUSTOM AND MOTORSHOW 2012 this easter. Longtime styling-car builder Lukas Koos brings his first build, the Nissan 300ZX ”Zerrari”: 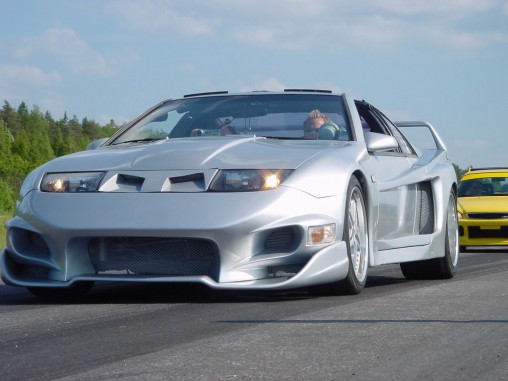 Whats so special about this ”riced out” and quite outdated ”Veilside looking” Z then?

Well, hold your hating comments for yourself when you consider that ten years ago this was all the rage and put a lot of cars on the scene to dead shame.

Iam a very good friend of Lukas and we have sponsored several of his builds that most often become a ”love/hate” kind of scenario.

And this might sound like the blog is sucking up, but iam really looking forward to seeing this car again- definately nostalgia and kudos to BILSPORT for inviting it as a part of their 50th anniversary for the expo…

I had to ask the man himself what he would like to do ”all over again” of his numerous builds, and he answered without a doubt the Fairlady Z / 350Z he did all those years ago would be on top of the list. 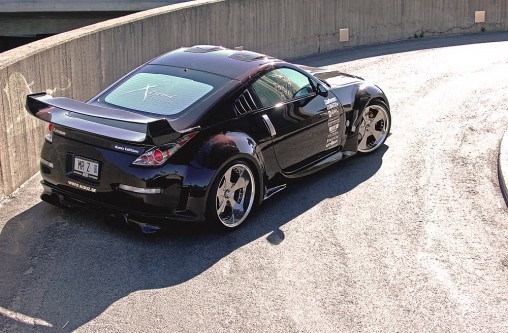 Wonder how it would look reloaded and brought back into the 2012th century…? 🙂

As usual we will catch up with this extremely experienced ”styling car” builder that is as humble as they come.

Feel free to post questions to ask, both provocative and flattering!